Hosted by the American College of Forensic Psychology
in collaboration with Fielding Graduate University.

Fielding Graduate University is approved by the American Psychological Association to sponsor continuing education for psychologists. Fielding maintains responsibility for this pro-gram and its content. This program will offer a maximum of 22 hours of Continuing Education credits.

The American College of Forensic Psychology certifies that this activity is pending approval for 22 hours of MCLE from the State Bar of California. 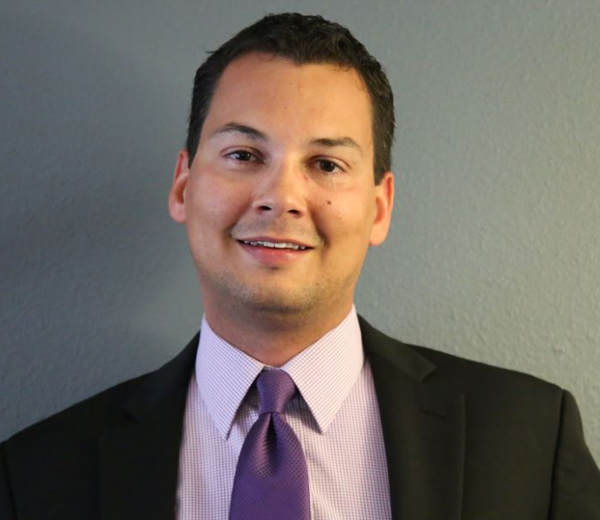 Christian Gardner-Wood is a Senior Deputy District Attorney for the First Judicial District, which includes Jefferson and Gilpin Counties. Christian graduated from the University of Colorado Law School in 2007 and has spent his career as a Deputy District Attorney in the First Judicial District. In his time at the DA’s Office, Christian has taken well over 100 cases to trial. Christian is currently the Human Trafficking Prosecutor for the First Judicial District. In that position, he prosecutes all human trafficking cases for the district, works on legislation and policy regarding human trafficking, and presents to the community about human trafficking. The vast majority of Christian’s casework for the last six years has been focused on the prosecution of child sex offenders. Additionally, Christian is an instructor at both the Red Rocks Law Enforcement Academy and the Colorado State Patrol Academy. He is a frequent presenter for the Colorado District Attorney’s Council on the Role of Deputy DAs, Sexual Assault, and Child Abuse. Christian is also a member of several subcommittees of the Sex Offender Management Board and previously presented at the SOMB Conference on offender contact with children. Christian also serves, by appointment from Governor John Hickenlooper, as the statewide District Attorney representative to the Colorado Human Trafficking Council. Dr. Tindall has previously worked in a variety of settings including Craig Hospital, Arapahoe Douglas Mental Health Network, and the Colorado State University Counseling Center. She also worked as a researcher at the VA Hospital in Denver.

We use Cookies on this site to enhance your experience and improve our marketing efforts. Click on “Cookie Settings” to learn more. By continuing to browse without changing your browser settings to block or delete Cookies, you agree to the storing of Cookies and related technologies on your device. By clicking “Accept”, you consent to the use of ALL the cookies.
Do not sell my personal information.
Cookie SettingsAccept
Manage consent

This website uses cookies to improve your experience while you navigate through the website. Out of these, the cookies that are categorized as necessary are stored on your browser as they are essential for the working of basic functionalities of the website. We also use third-party cookies that help us analyze and understand how you use this website. These cookies will be stored in your browser only with your consent. You also have the option to opt-out of these cookies. But opting out of some of these cookies may affect your browsing experience.
Necessary Always Enabled
Necessary cookies are absolutely essential for the website to function properly. These cookies ensure basic functionalities and security features of the website, anonymously.
Functional
Functional cookies help to perform certain functionalities like sharing the content of the website on social media platforms, collect feedbacks, and other third-party features.
Performance
Performance cookies are used to understand and analyze the key performance indexes of the website which helps in delivering a better user experience for the visitors.
Analytics
Analytical cookies are used to understand how visitors interact with the website. These cookies help provide information on metrics the number of visitors, bounce rate, traffic source, etc.
Advertisement
Advertisement cookies are used to provide visitors with relevant ads and marketing campaigns. These cookies track visitors across websites and collect information to provide customized ads.
Others
Other uncategorized cookies are those that are being analyzed and have not been classified into a category as yet.
SAVE & ACCEPT